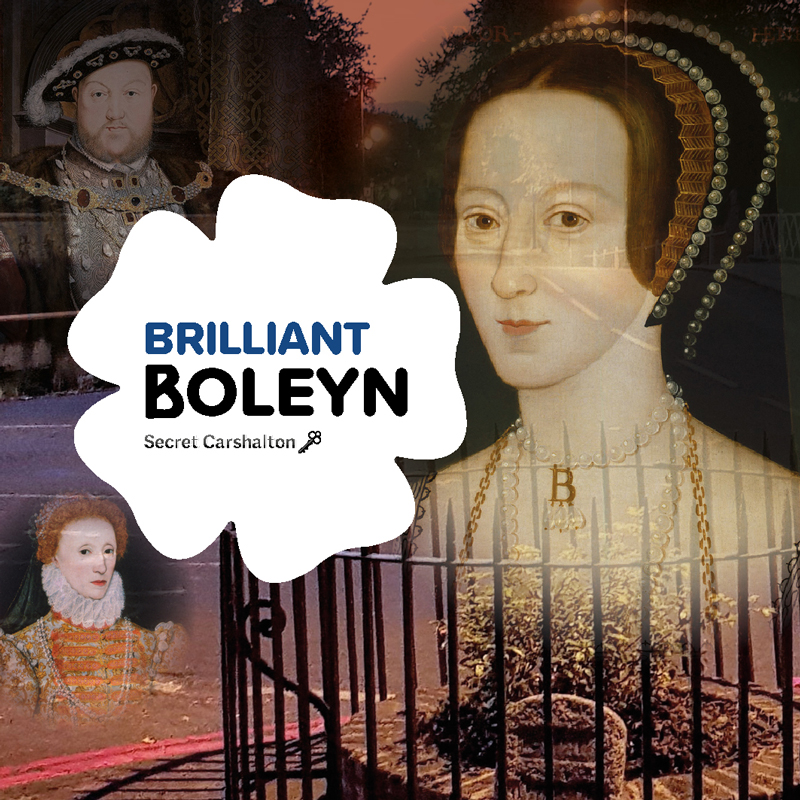 Historians believe that the Anne Boleyn’s Well in the heart of Carshalton village, was never named after the Tudor Queen, but is purely a mis-spelling of an earlier name. However, they are agreed that there’s a possibility she did visit.

Quick Links: The Artist / The Legend

Every aspect of Anne Boleyn’s life is controversial. Her birth date, her personality, her relationship with Henry VIII, her family tree – all of these, and more, arouse fierce debate. No-one will ever know for sure whether she visited Carshalton, but here’s some good reasons why it could be true. We’d love to see her statue back in Carshalton…

Queen Anne Boleyn was the second wife of Henry VIII and she had cousins living near to Carshalton at Carew Manor in Beddington Park. She travelled between her family home of Hever Castle and Carew Manor to visit the king, and perhaps on more than one occasion to visit her cousin. She could easily have been to the area several times.

Stop off for Horses

Being at a busy junction and with its history of Ale Houses, perhaps Carshalton would have had good stabling and horse facilities. Again, a place you may stop at. It’s not inconceivable that the Royal Carriage stopped at Carshalton Ponds to offer water to the horses (at one time the water outside The Greyhound was referred to as The Horse Pond). If this were true, I’m sure people would have been proud of the royal connection to the local areas, and the name stuck.

Related to the 12th century Lord

The Count of Boulogne was Lord of the Manor in Carshalton in the 12th century, and many believe this is where the name of the Well originated. Was Anne related to the Count? Anne’s father was Thomas Boleyn. He was descended from Eustace II, Count of Boulogne who fought for William the Conqueror during the Battle of Hastings. ‘Boulogne’ eventually was anglicized to ‘Boleyn’.1 Those who believe that the Boleyns descended from the Counts of Boulogne say that the Counts came over in the 11th century with the Norman invasion and settled in parts of Surrey. 2

Some believe that Anne and Henry were married, on the balance of probability in Boulogne – so there’s a possible connection to the family name.3 Coincidentally, this is the birthplace of the Saint known as Our Lady of Boulougne, which originated from here in 636. This is also the name attributed to a chapel that may have once stood by the well.4

Tudors liked to have Saints

It’s speculated that Anne became a cult figure of the Reformation (1517 – 1648) and sites became associated with her, akin to they would have done with Saints [NB. The first known mention of the name Anne Boleyn’s well was between 1610-1620 on the ‘Arundel Map’, which would fit with the Reformation dates]. There’s a legend that is recorded in G.B. Brightling’s History and Antiquities of Carshalton (1827) which notes that Henry VIII and Anne were riding over to Beddington Park to see Sir Nicholas Carew when at the spot the horse rose up and striking the ground a spring formed. The villagers then enclosed the well and named it after her as a memorial.

There a number of springs across the country such as Beckett’s Well at Otford where a saint has thrust their staff into the ground and a holy spring arose. Similarly saints have lost heads and springs arose at the point they hit the ground! Even if it was just a legend – the historical context can still be celebrated.5

Another version of the legend was included in Volume One of the 1817 guide book, Picturesque Rides and Walks, with Excursions by Water, Thirty Miles Round the British Metropolis. According to this guide book, Anne Boleyn stopped to refresh herself at the spring and ” … was so highly gratified by its flavour,” that she ordered the spring to be encircled by a low stone wall in order to protect it. Anne is supposed to have left a sum of money to ensure the wall which encircled the spring was kept in good repair and an ‘iron bason’ was made available on a chain to provide any traveller with easy access to the tasty water.6

Was it the end of the catholic connection that caused the renaming and maybe she gave money to placate the locals? The building that once stood by the well may have been a medieval catholic chapel dedicated to the Saint called Our Lady of Boulogne (not connected to the Count of Boulogne mentioned earlier), and the name was given to the well – which gradually changed over time to Boleyn, or was changed because she visited. Incidentally, it could have been called Bullen, an old name for a spring.7

Some have speculated that this could have been a Holy Well dedicated to the intensely sexual, and Celtic Pagan Mother Goddess named Anu. Worship of the goddess was thought to bring a good harvest. She was also associated with wind, wisdom, fertility and regeneration. Is it possible Anne came here as others, to help conceive. The water to the ‘Holy’ well may have at one time originated from the Hogpit in Carshalton Park. The word Hog is most often derived from Old English halig for holy and pit derives from putte for spring.8

This could also have been a Holy Well, dedicated to St Anne the grandmother of Jesus. It’s marked on the Kingston Zodiac (a mystical map), and the well is on the Virgin’s feet.9

This isn’t perfect and I welcome feedback and correction. I’ve taken a few educated guesses here and there, but have listed all my sources. Many details have been lost in time and we’ll never know for sure about Anne’s stop off in Carshalton. However, new information is sometimes uncovered rendering earlier historical books on the subject less correct.

The tudors hold constant fascination for many people and it’s not beyond the realms of possibility she stopped here, even if the actual journey she took is unknown. It’s an interesting legend as no-one will ever know the true facts.

I’m not an historian so please add any clarifications below. Please add your comments here to keep a record. 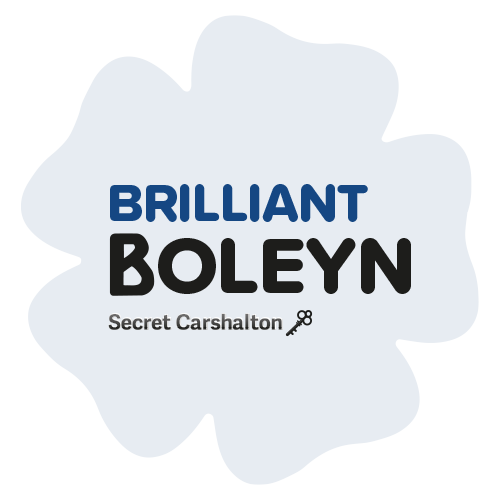 Brilliant Boleyn! The Artist and the Architects

Brilliant Boleyn! Exploring the legend of Anne Boleyn in Carshalton 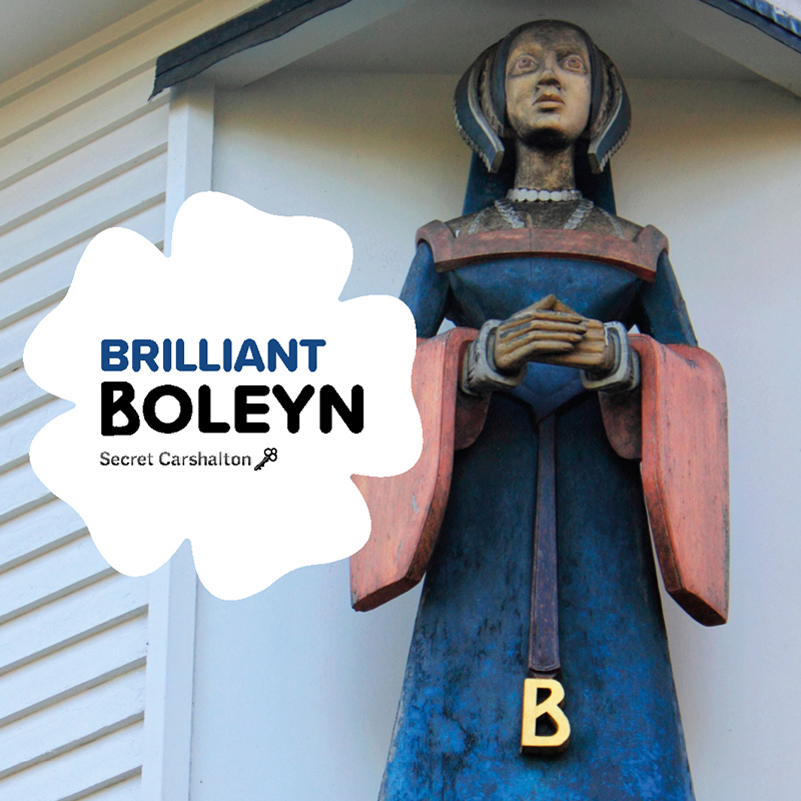 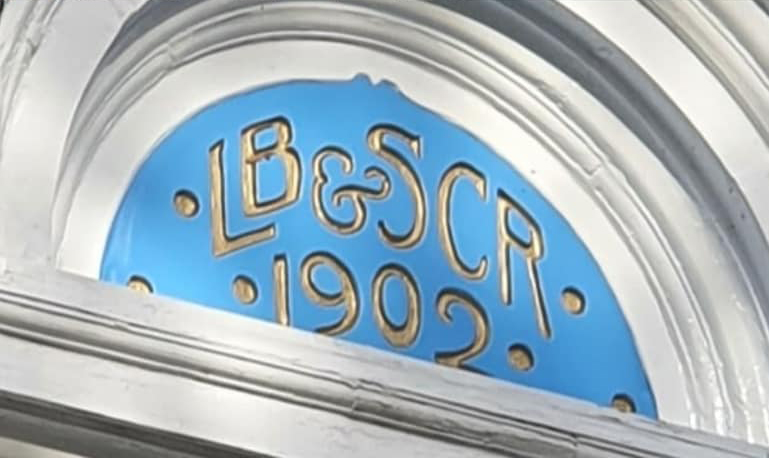 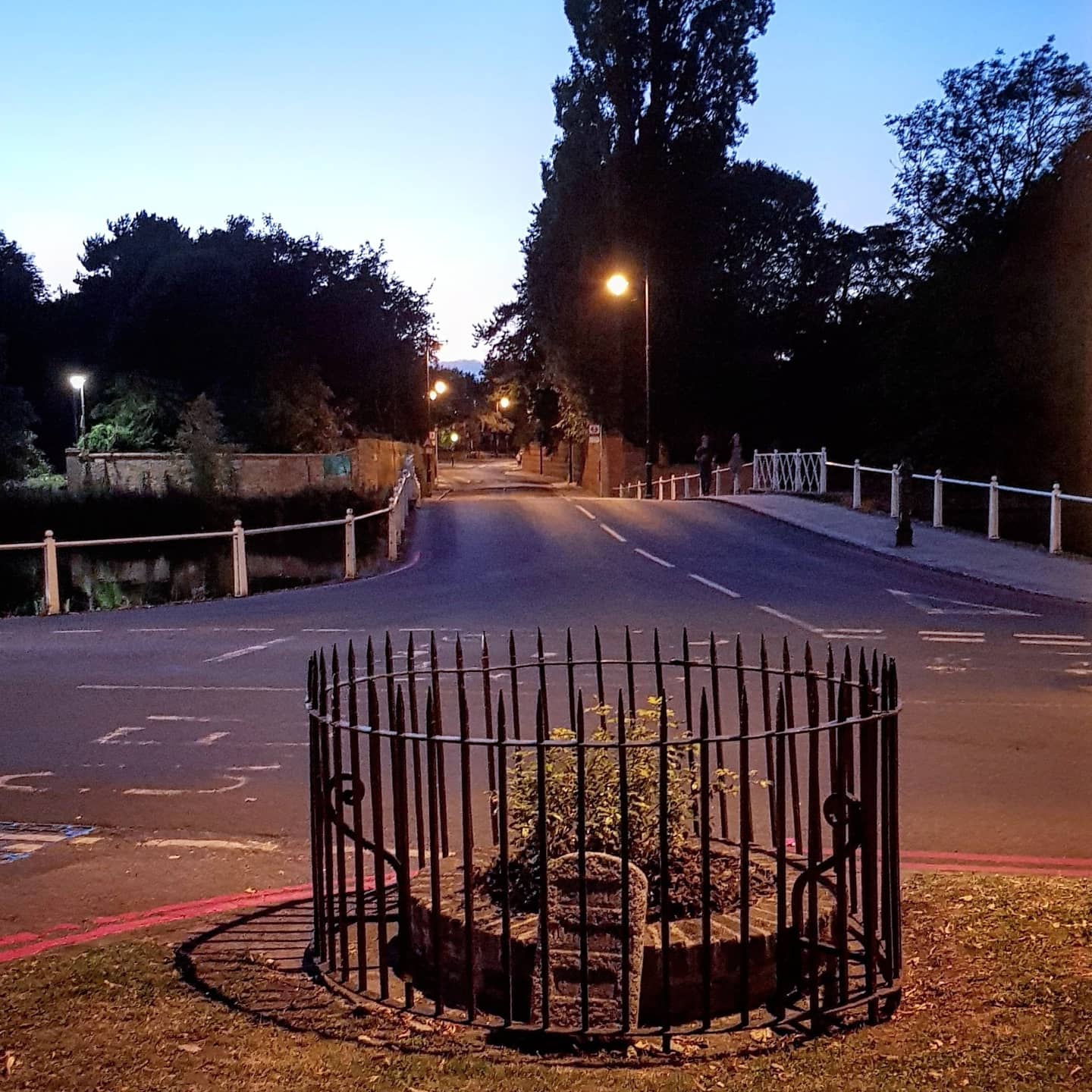 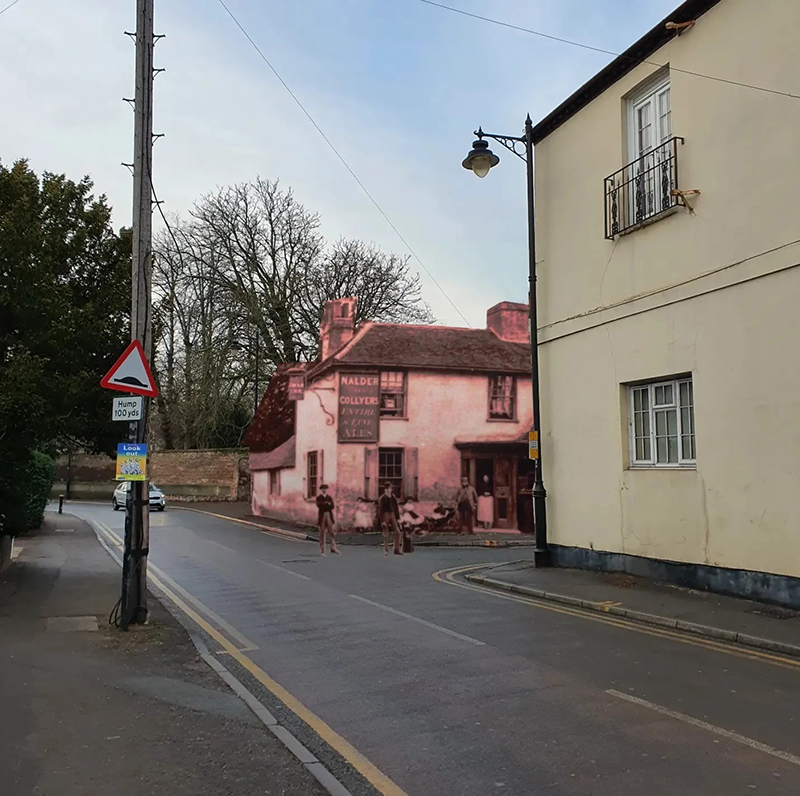 Why was the statue removed ? I’ve read the article but must have missed that bit.

To be repaired. More about this and the sculptor himself, on my post about the artist and the architects

But it hasn’t been there for ages. How long could it possibly take?

Just to add: To keep history alive I think a little bit of myth and legend helps. Often the human stories around the legends are as much a part of the history as the perceived facts. Myths and Legends get passed down as they’re memorable, but hard facts often don’t. In my opinion, the social history aspect is equally as important as the architectural history.