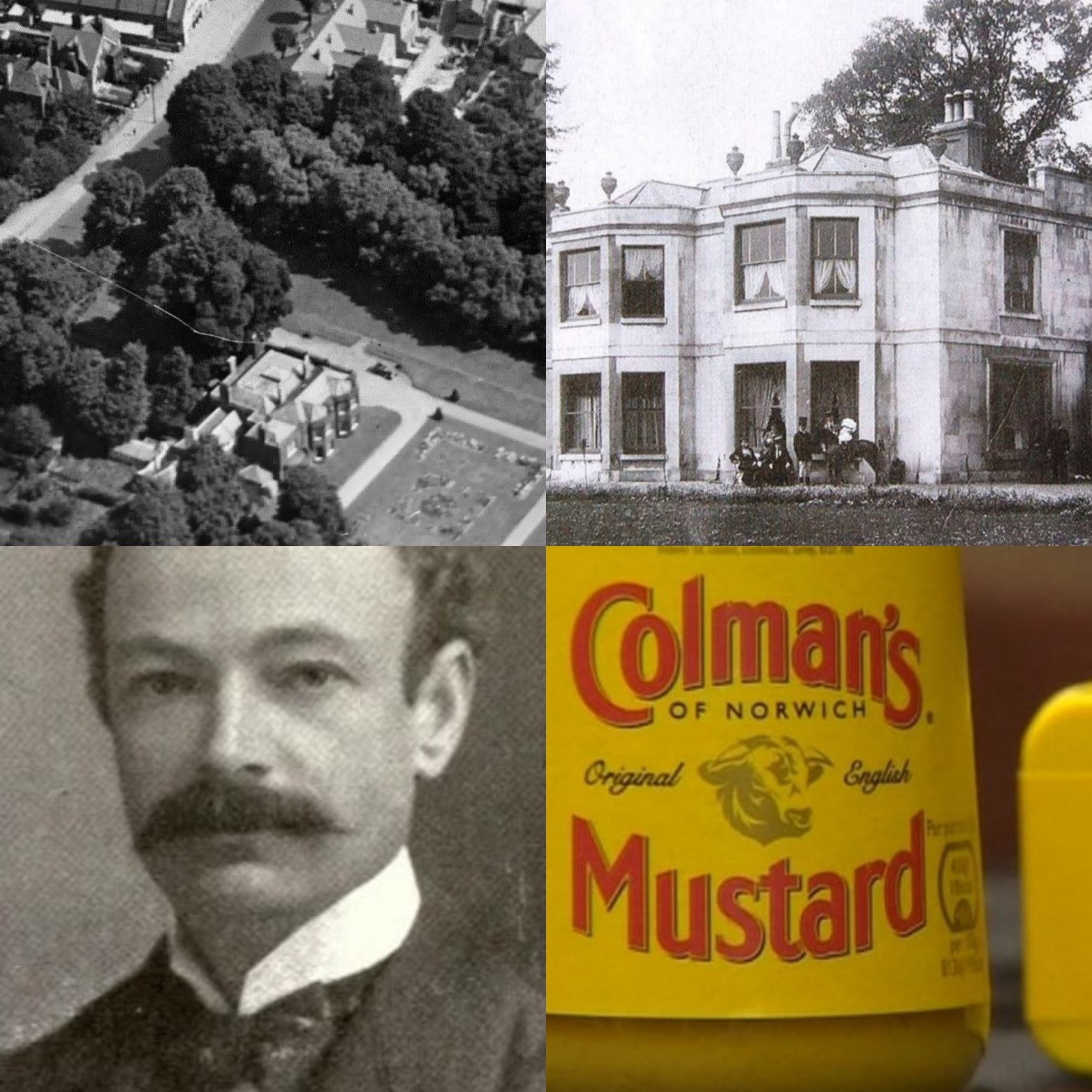 This little waterfall has been played on by numerous children over the years, even back in the 1860s when it was still part of Carshalton Park. 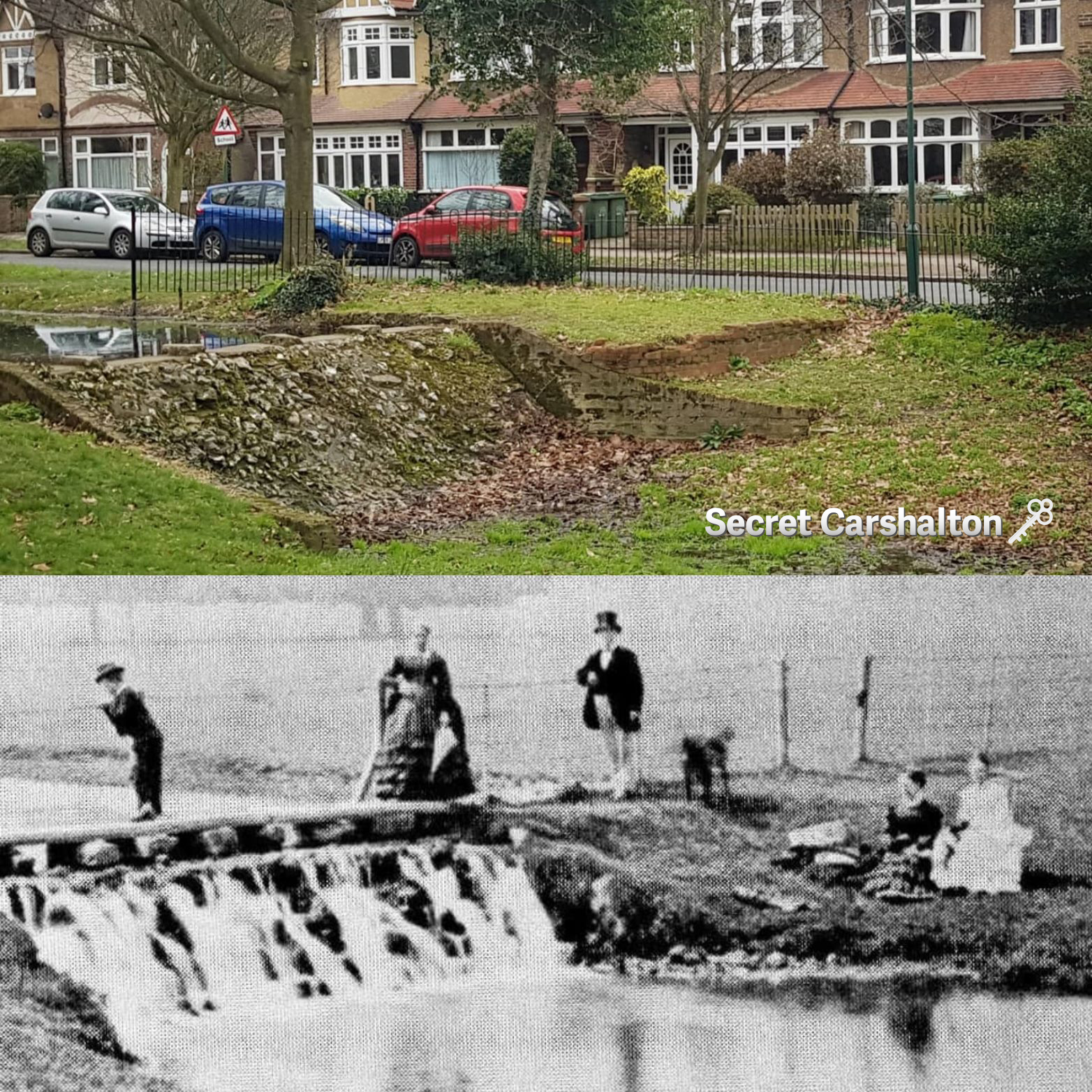 Who likes a bit of mustard on their roast dinner? You’ve got the little boy on the left of the old waterfall photo to thank for that. This person was Jeremiah Colman, the person who later became responsible for making Colman’s mustard a household name around the world.

Sir Jeremiah Colman was born at Carshalton Park on 24 April 1859. He lived in the house which stood roughly behind the Sainsbury’s in Carshalton High Street, as seen from the air in this photo (the waterfall is roughly bottom right in the aerial pics). Young Jeremiah, probably aged about 8 is pictured with his parents on the little bridge straddling the River Wandle waterfall. Sitting on the bank to the right is his sister with her Governess.

In 1888 Jeremiah purchased nearby Gatton Park estate in Reigate, with beautiful grounds laid out by landscaper Capability Brown. He died on 16 January 1942 and Jeremiah is buried at the church here.

🗝 For clarification, this Jeremiah Colman was the third CEO in the family line. He was attributed for the world-wide expansion of the firm. The original Jeremiah was from Norwich, this one was born in Carshalton. There were a lot of Jeremiah’s in the family. 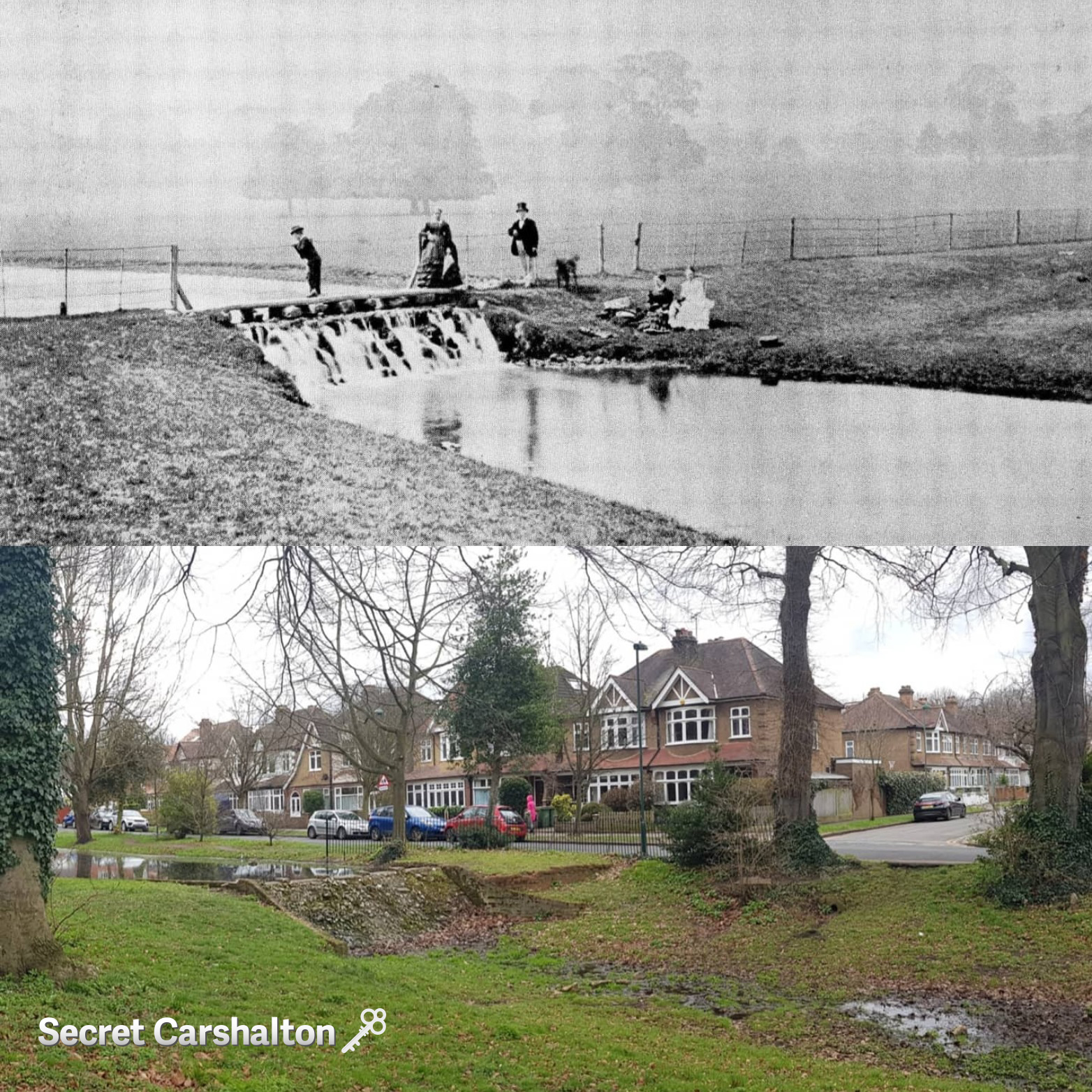 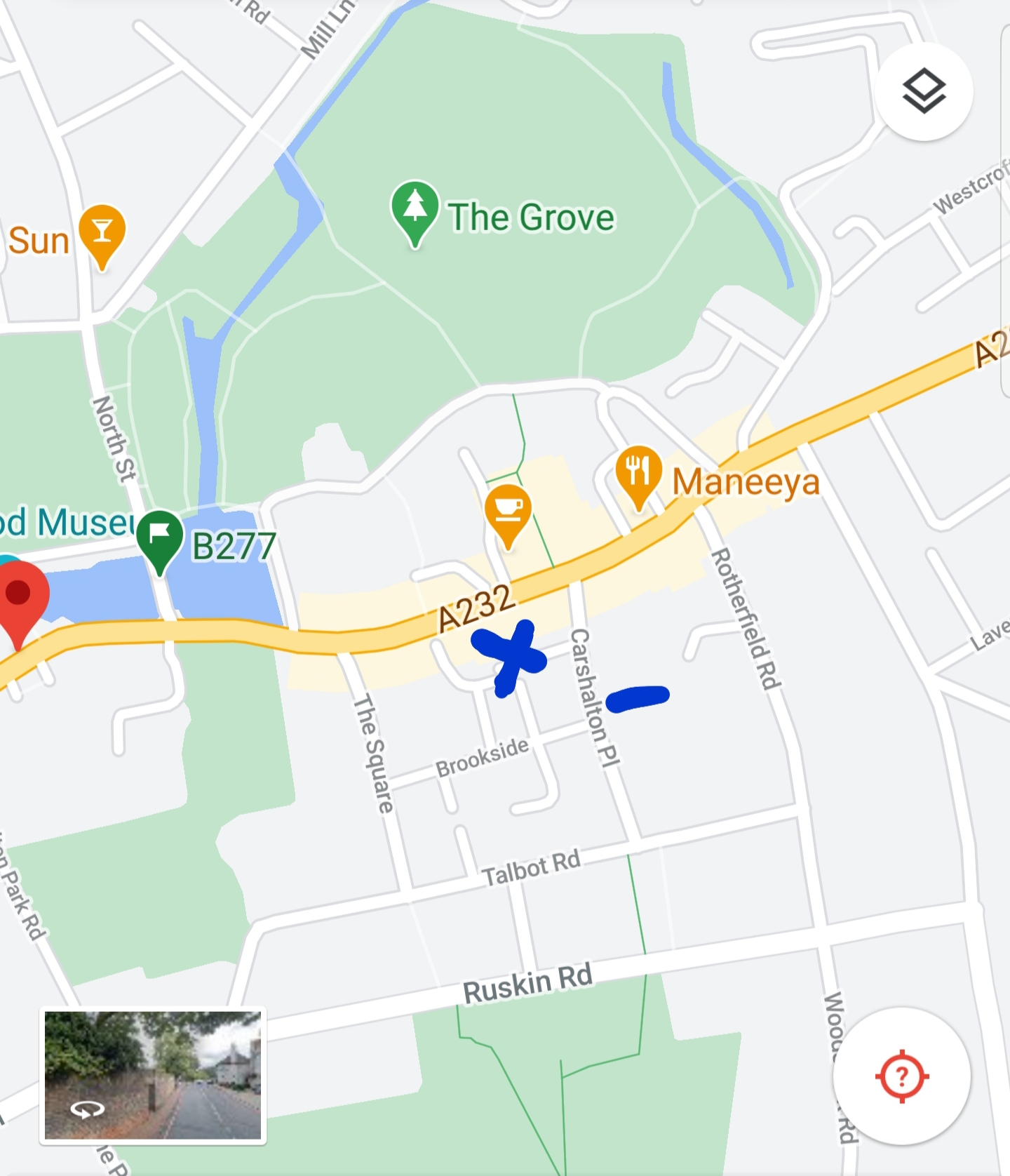 When there’s a lot to say, and I don’t want the story to get lost in the maze of Social Media I save ‘stuff’ to this blog. If new information comes to light, or corrections are discovered, I’ll update the post. 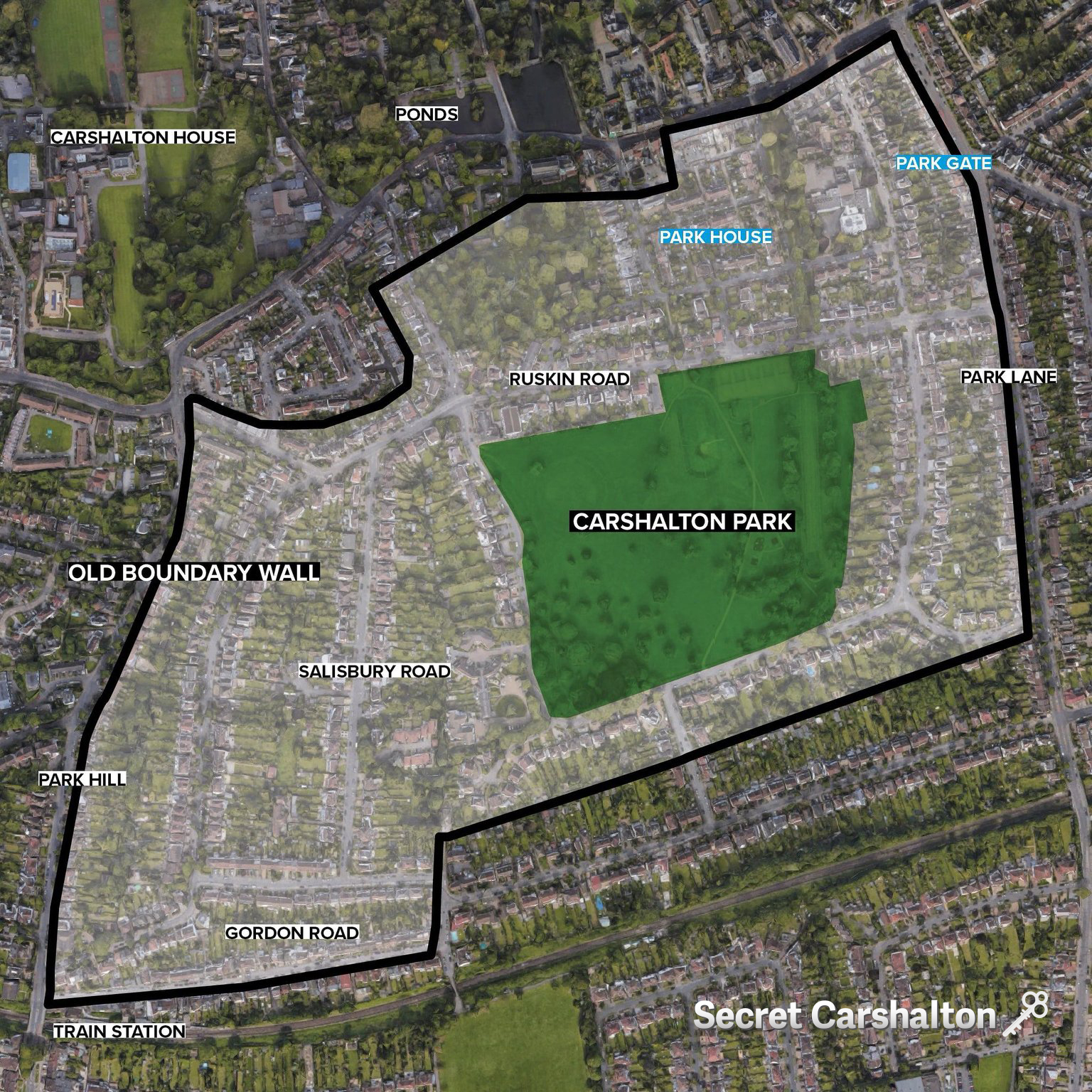 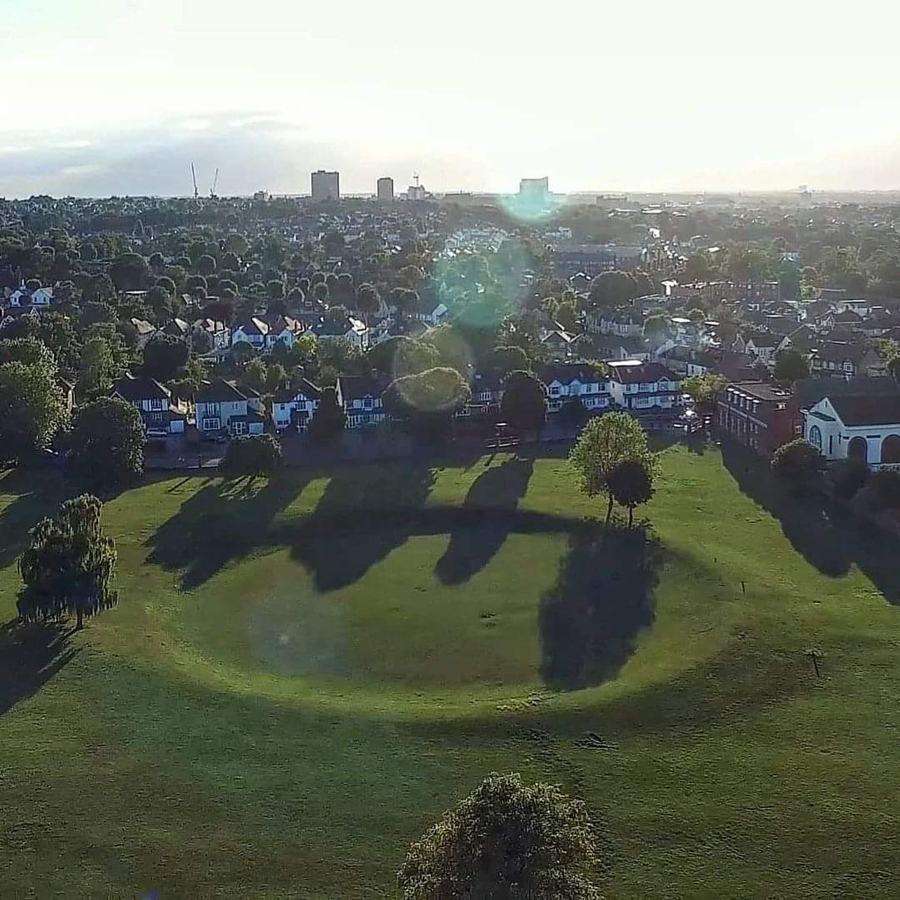 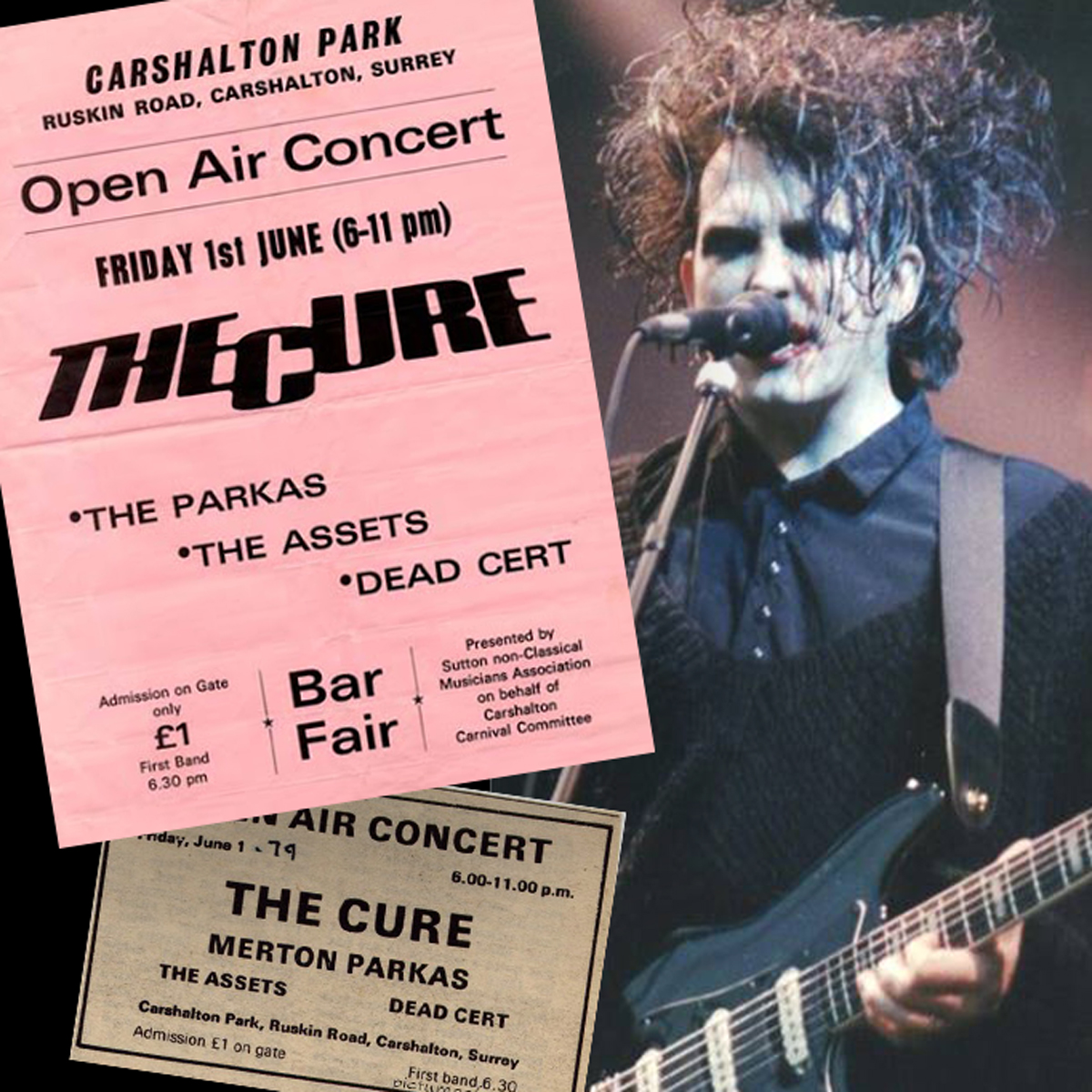 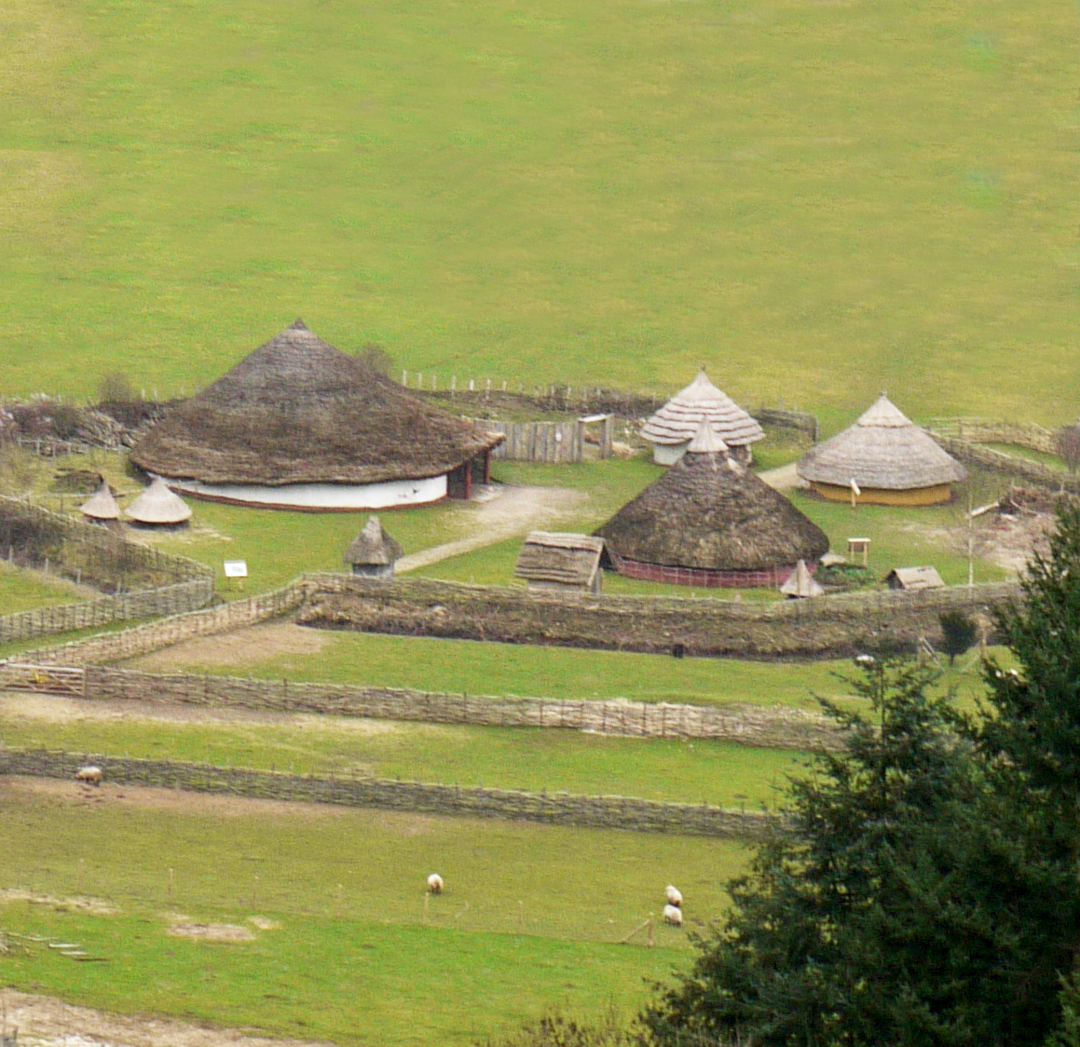 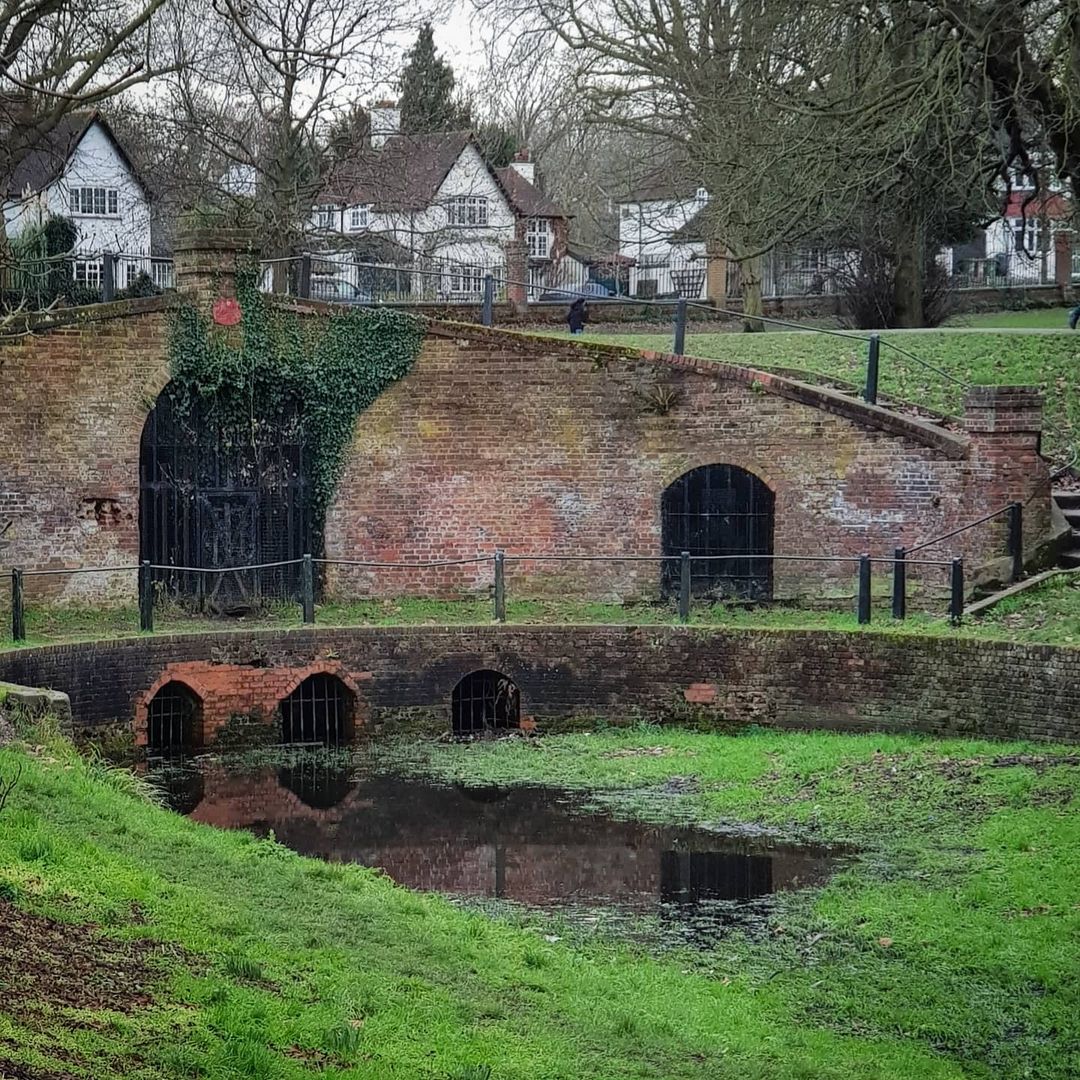 Most interesting. How everything has changed!