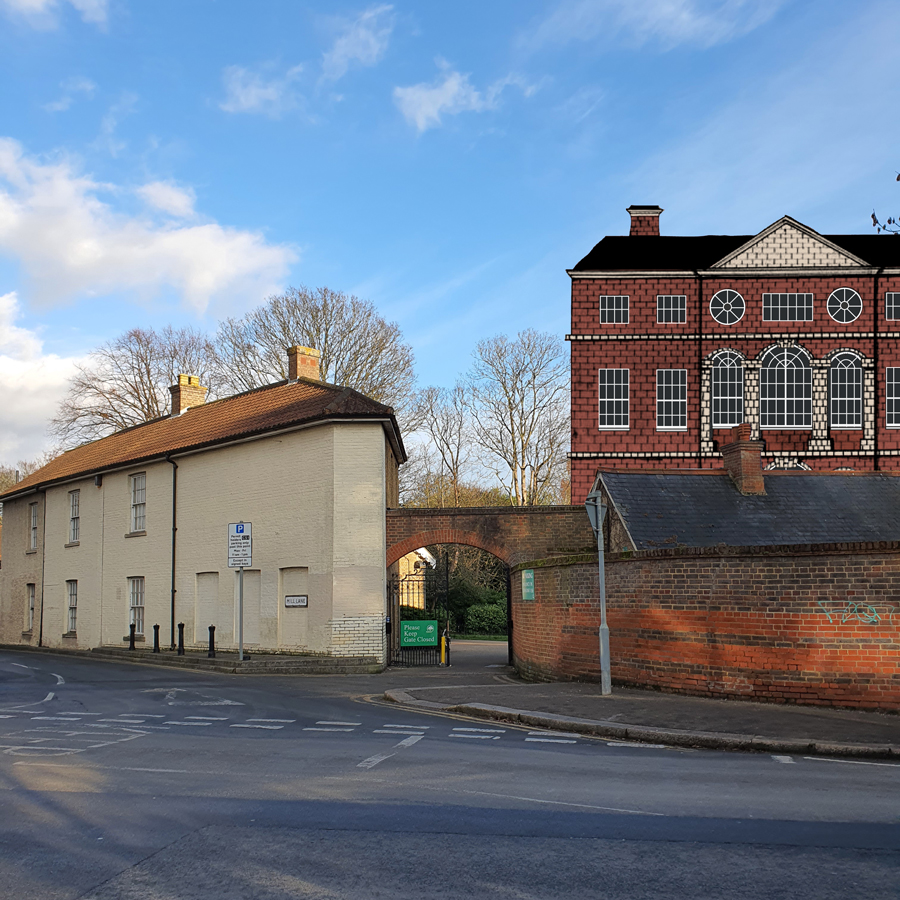 *Historical* Stone Court was owned and lived in by the Lord of the Manor of Carshalton, who had planned to build a far grander country home in nearby Carshalton Park. However Thomas Scawen squandered much of his cash and never finished his new home, and Stone Court was eventually sold off to pay debts… 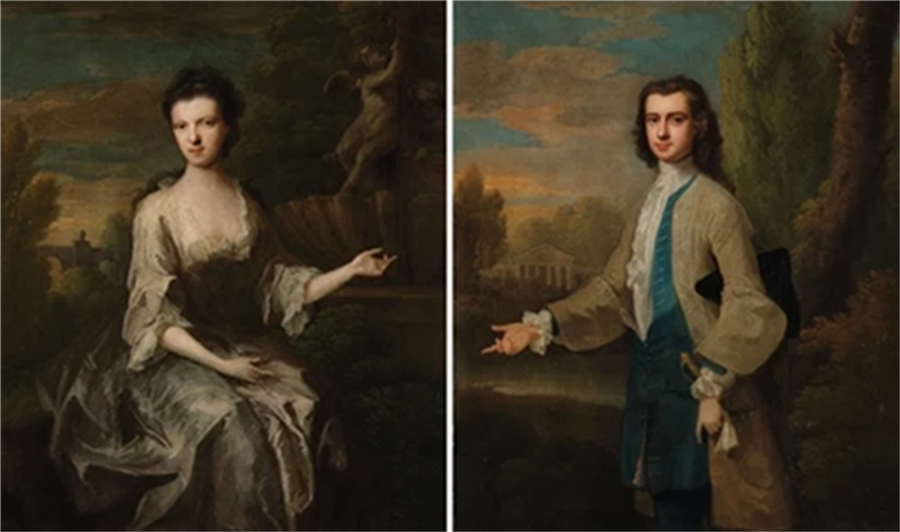 His father, also Thomas Scawen, was governor of the Bank of England. The family owned land stretching from the hamlet of Wallington to the parish of Sutton and from Wrythe Green, Hackbridge & Mitcham to Woodcote, Woodmansterne & Banstead.

Throughout the majority of the 18th century, the Scawen’s were lords of the Manor of Carshalton. Included in this was Stone Court, which stood on the corner of Mill Lane and North Street in the park now known as The Grove. 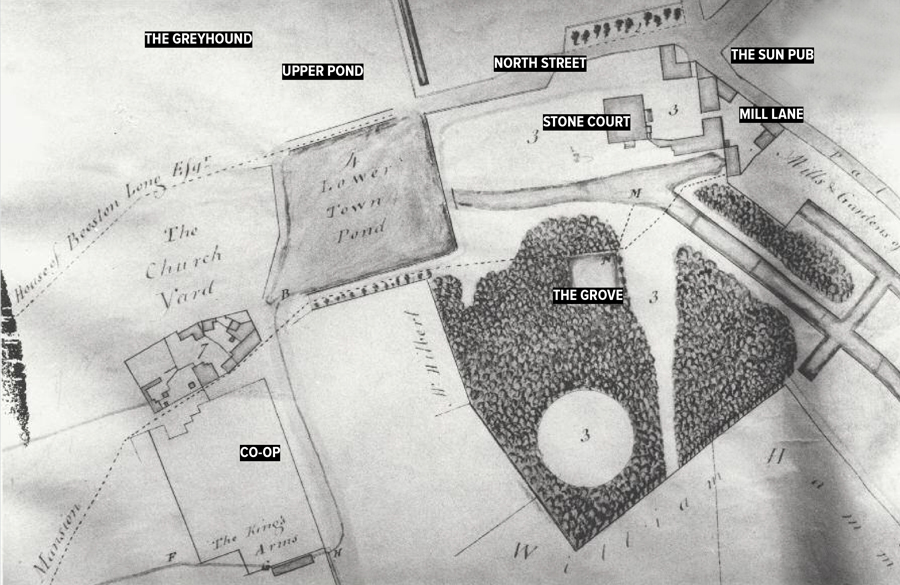 The house was originally built by John Cator, a London Merchant, between 1706 and 1710, who claimed to have spent £10,000 (about £2.2m in today’s money) on the house and improvements to the estate – such as adding the River Wandle canals you see today. Cator probably lived there himself until his death in 1725. The estate was originally a sub-manor of Carshalton and can be traced back to the middle ages, when it consisted mainly of meadows.

John Cator’s heirs sold the house and estate to Thomas Scawen in 1729.

Stone Court became the main Scawen residence, known to the family as the Great House.

Lower Pond belonged to Stone Court and was part of the ornamental landscape. Whilst here, Thomas laid out an elaborate garden with a Grove of trees. This gives the present park its name.

Carriages would enter through an arch, like the one that still stands on the corner of what are considered to be some of the old Stone Court outbuildings. It’s thought that West Street Lane may well have once been the main route leading to the property. 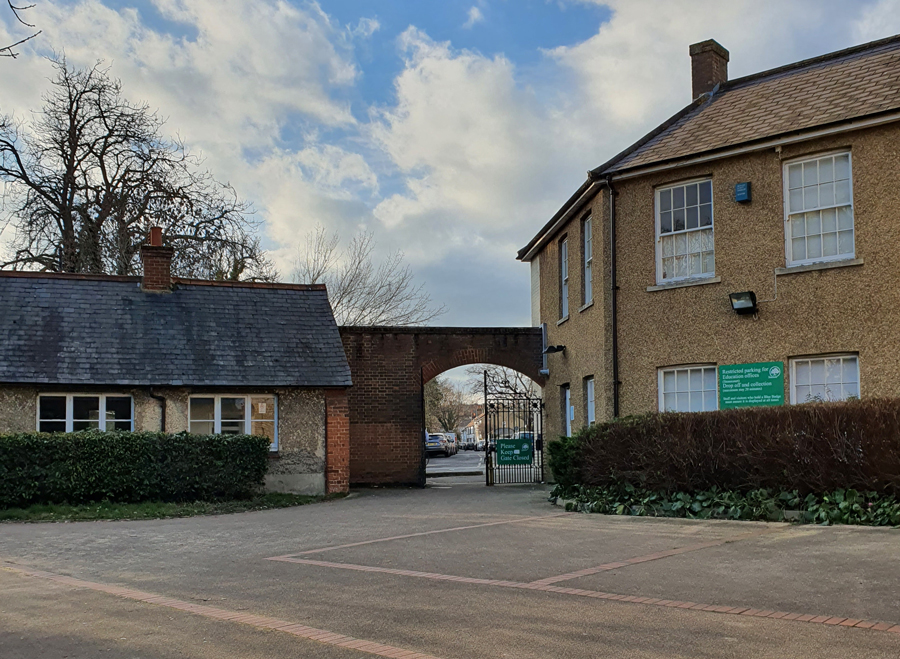 The main house was designed in Queen Anne Style – “the term is mostly used for domestic buildings up to the size of a manor house, and usually designed elegantly but simply by local builders or architects, rather than the grand palaces of noble magnates”.

This enhanced mock up uses a circa 18th century drawing, believed to represent Stone Court, which was possibly drawn up for sales documents. Windows and colour have been added by Secret Carshalton to give a better impression of how it may have looked. 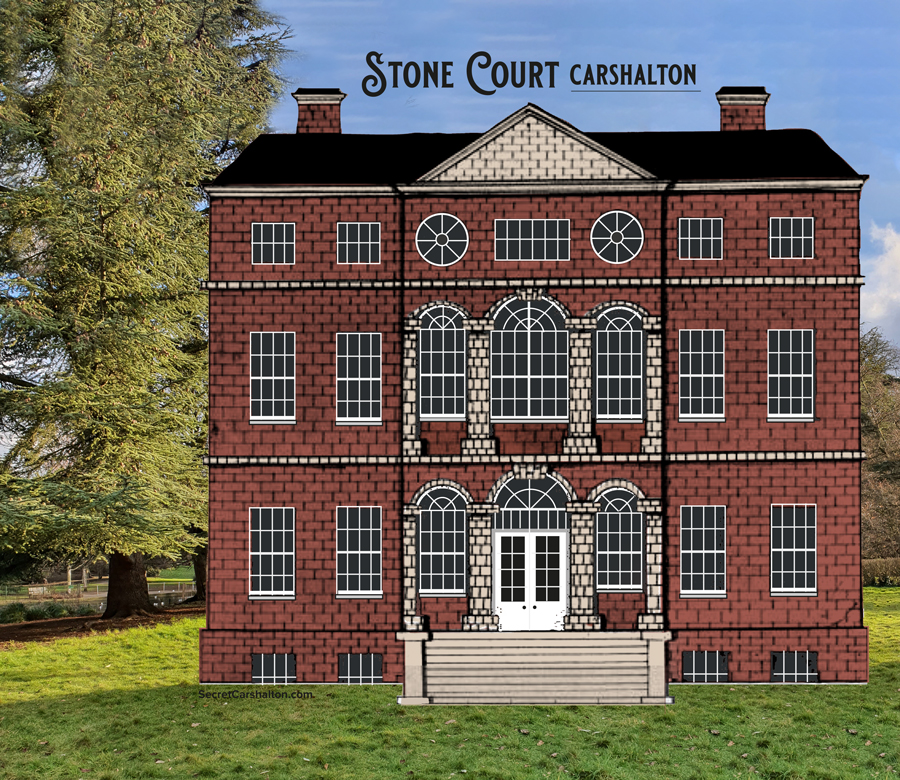 Thomas Scawen turned out to be a spendthrift who dissipated his inheritance of £100,000 (about £22m in today’s money), and was never able to complete his grand plans for Carshalton Park House. He died in Carshalton on 11 February 1774 with large debts, leaving Stone Court to his son James, who sold the house in 1781. The house was eventually pulled down and sold for scrap in around 1800. The picture below shows where it once stood. 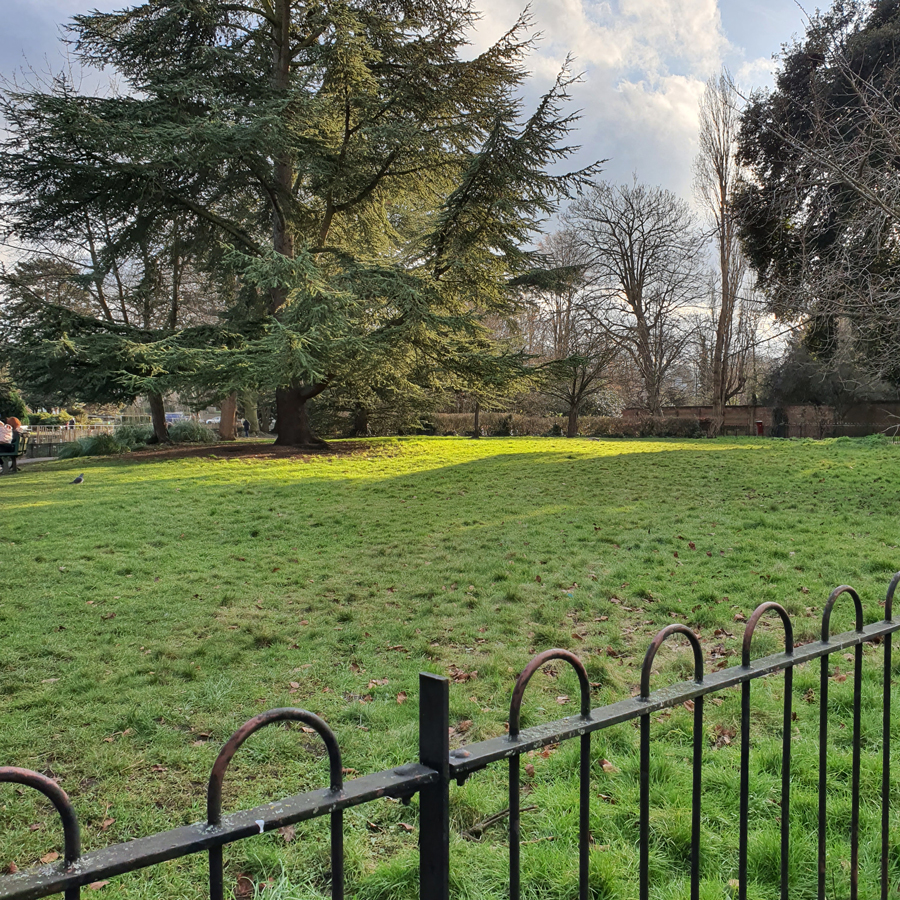 However it’s believed that the original outbuildings still exist, and that they were converted in to a new smaller ‘Stone Court’ home, before becoming council owned today. 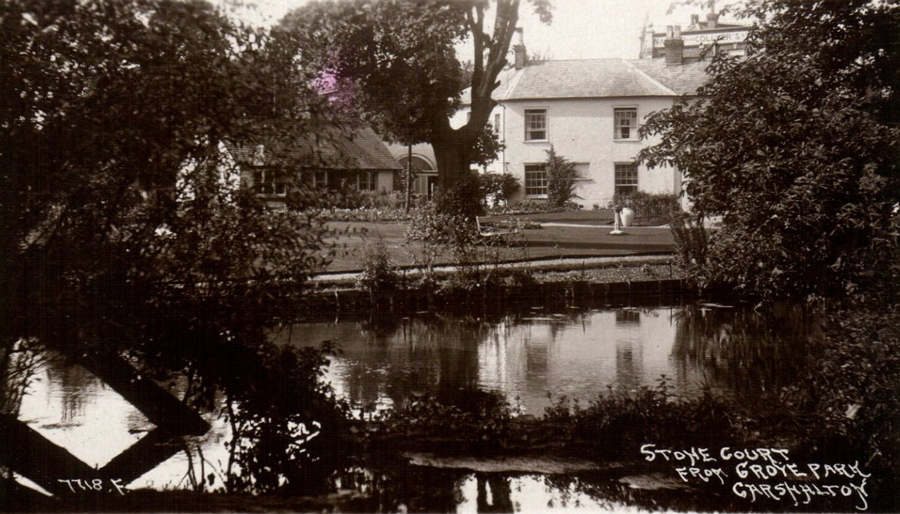 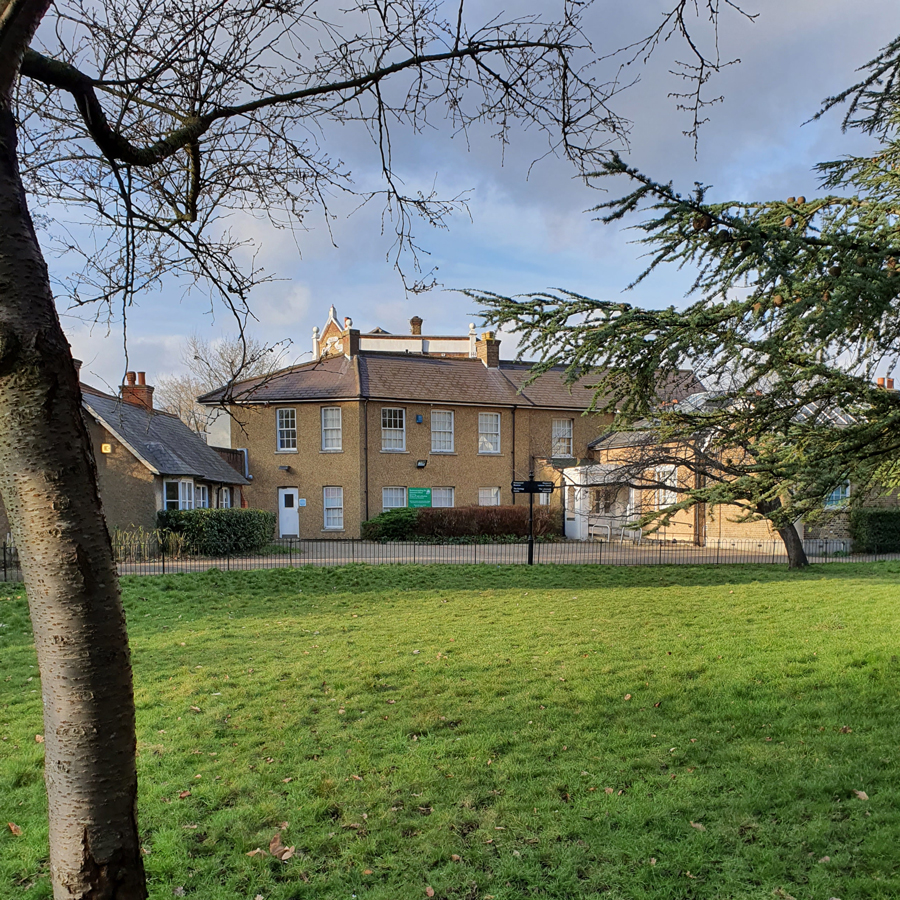 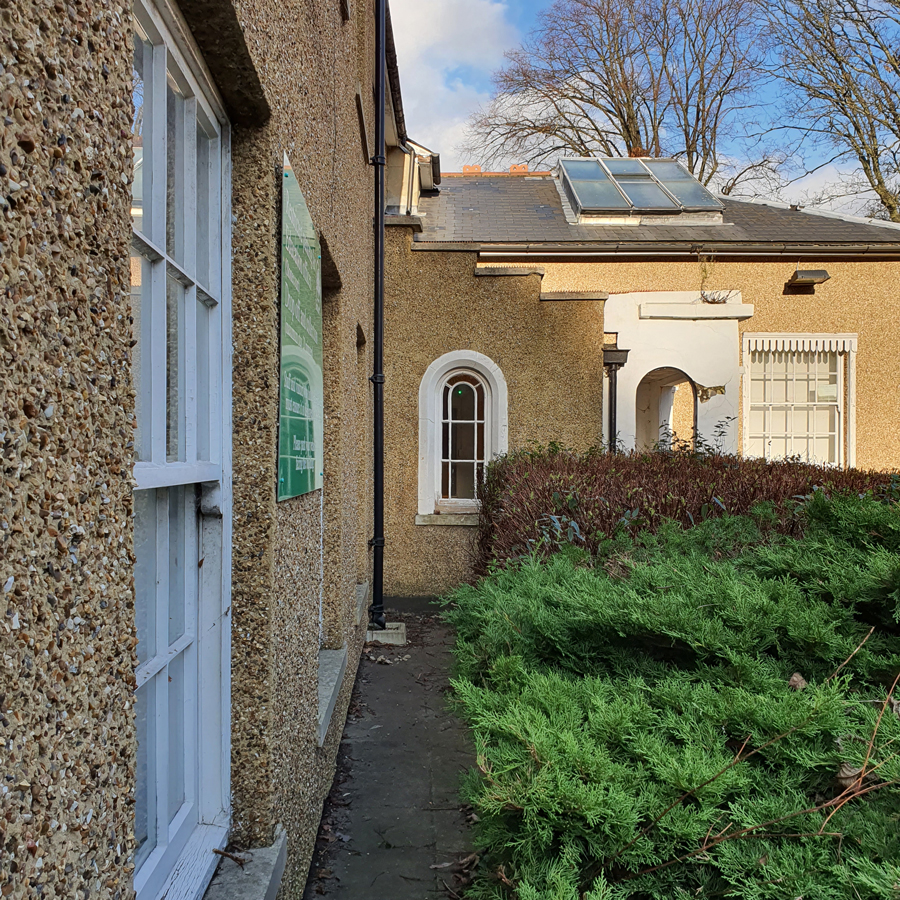 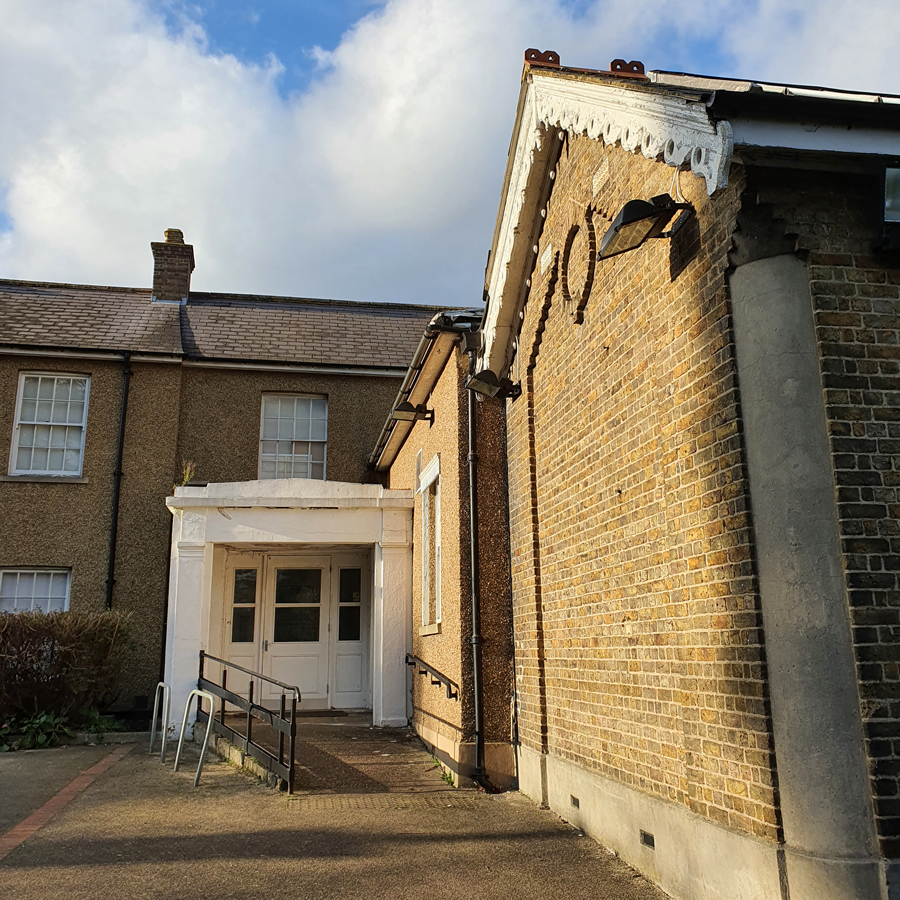 Collating research and taking current pics ©Secret Carshalton 2022. House mock up by lazystuff.com. With thanks to London Borough of Sutton Heritage and Archive services.

Disclaimer: We do our best to verify all the facts, and will update the post if new info comes to light. I can’t be 100% sure he was the richest man (without studying many many wills), as there were also some very rich people connected to Carshalton House further up the hill, for example. However, it helps add interest and intrigue to something that all happened a VERY long time ago…

If you found this interesting I’d really love to hear your feedback, as you can imagine this takes a lot of work. What do you think of the house mock-ups and map for example? Please share your thoughts in the box below. Thank you.

The house he was planning to build: 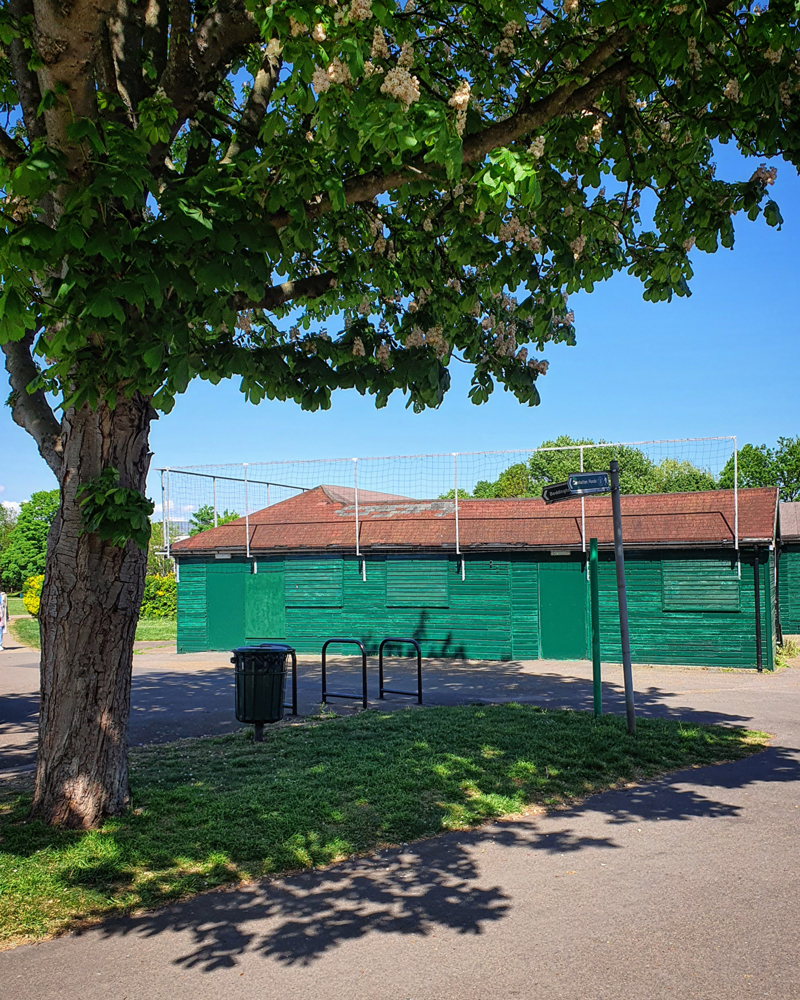 The old wooden building in The Grove used as a Cricket Pavilion, Park Cafe, Bowling Club, and possibly Stables The Grove 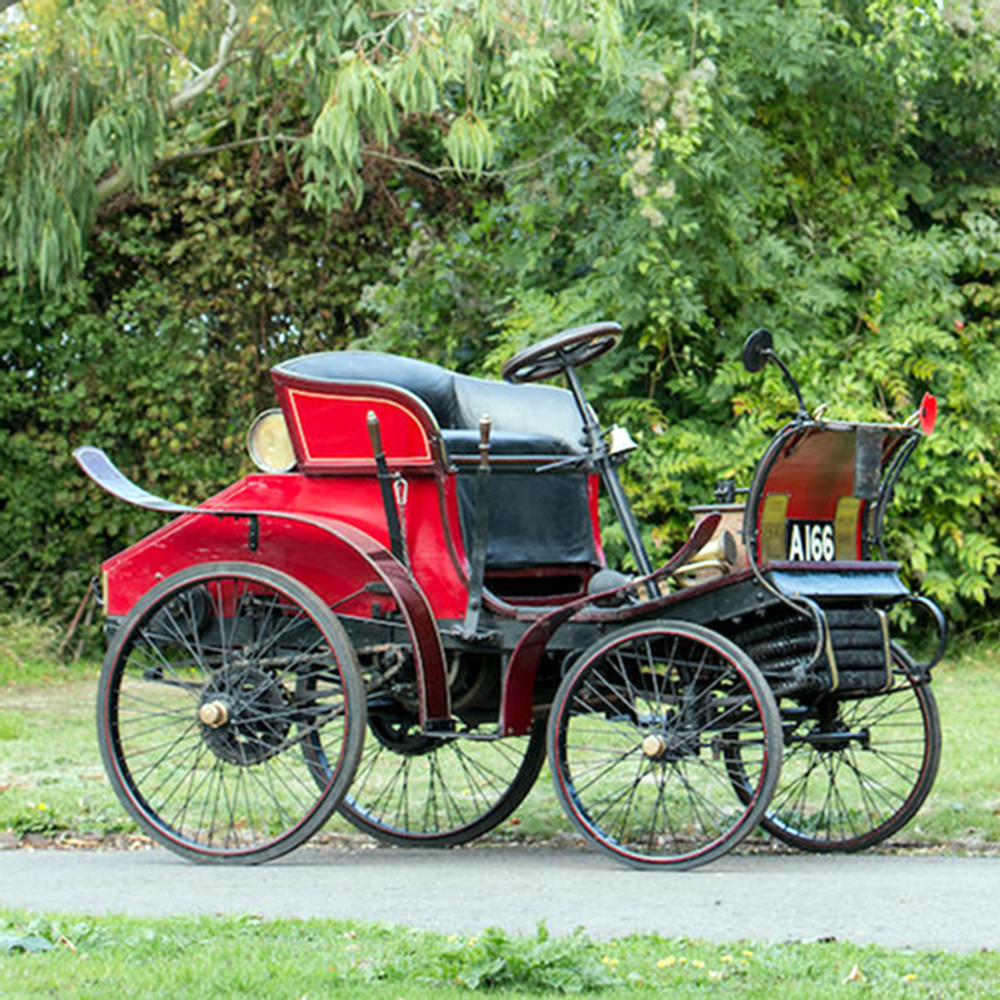 Than you for sharing this, I love reading old stories about the place where I was born and still live.

Thanks for your comment. I’m so glad you enjoyed the read 😊

Thank you for this interesting article. I enjoy reading all your stuff – it really adds to my walks and runs to imagine it all and know the history as I go.

Thanks for your feedback, it makes it feel worthwhile to know people appreciate it.

I think that’s why I enjoy researching the stories, as they enrich the experience of our local areas, and make daily life just a little bit more captivating.

My Grandmother moved to the US around 1893. Her family worked atCarshalton Manor as did she. Her father took care of the rose gardens and his name was Walter Billet. How could I find out info on them?

Thank you for the fascinating information. Your lovely photos have encouraged me to look at a lot more details as I am walking around the area.

This website uses cookies to improve your experience while you navigate through the website. Out of these, the cookies that are categorised as necessary are stored on your browser as they are essential for the working of basic functionalities of the website. We also use third-party cookies that help us analyse and understand how you use this website. These cookies will be stored in your browser only if you continue to use this website.
SAVE & ACCEPT
wpDiscuz
8
0
Would love your thoughts, please comment.x
()
x
| Reply
New Secret Carshalton Directory