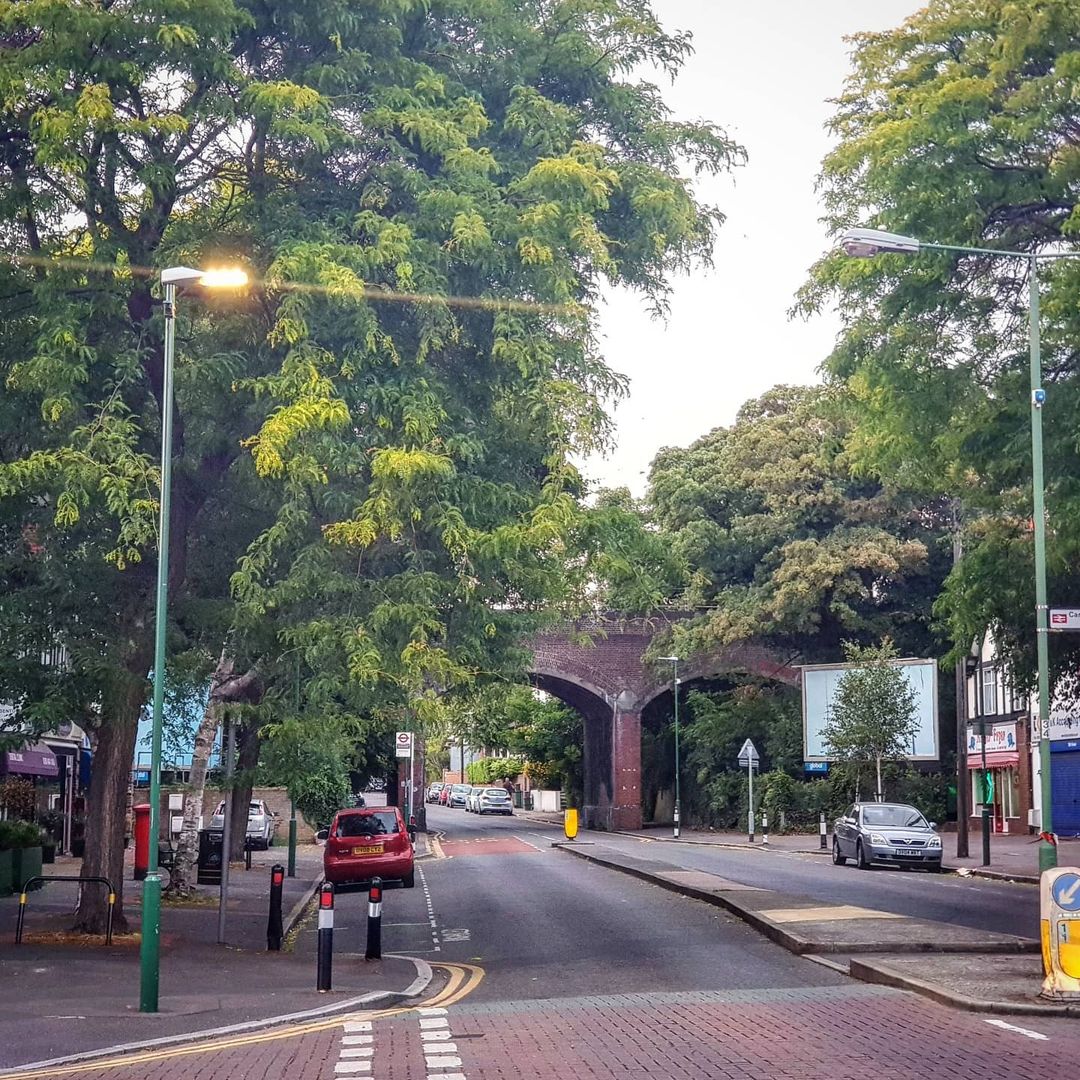 Like a sect, the Quakers seem a quiet and secretive bunch, controlling where we go and what we do…

Stop there. First off, don’t get your hopes up. I’ve found no evidence of a Quaker covenant depriving us of our enjoyment of a pint on every street corner in Carshalton Beeches.

But how did the story start? Let’s investigate.

There’s millions of pubs in Carshalton itself. Why hasn’t the Beeches got its fair share.

You have to remember that Carshalton itself has been a residential and commercial area for many centuries, drawn predominantly to the local springs.

Whereas Carshalton Beeches on the other hand as a name only came into existence with the arrival of the railway. It’s mainly been farmlands and only fairly recently become more built up. Even the row of shops around the corner from the train station was residential originally. Little Holland house was built around 1902.

There was really no need to build more pubs with Carshalton nearby.

There’s a covenant on my house deeds

No there isn’t. I’ve found no mention of Quakers on various deeds I’ve researched in Gordon Road. At Wallington Osteopath next to Carshalton Beeches station there is mention of noise… maybe there was a Quaker influence here, but this is a fairly common addition to deeds. It’s possible there’s even older deeds around, but I’ve not seen these.

If you’ve seen any evidence please share a photo, or perhaps you are a property lawyer who can shed more light.

Alcohol has mostly likely been sold in the area from as long as commercial buildings have existed alongside the station, such as by the Turners family.

But why so much talk of Quakers

Well actually there are several connections to various well-to-do Quaker families in the area. There’s also a strong connection to the Church of England and the Temperance Movement – a movement that was anti-alcohol.

The Fry family from Norwich were famous for Fry’s Turkish Delight, and at one point purchased the land of Banstead from the Carews of Beddington. Members of the Fry family lived at Wallington Manor House (where Derek Avenue is). Elizabeth Fry (nee Gurney) was a famous Quaker and prison reformer. Her nephew was Samuel Gurney who owned the Culvers in Hackbridge. Gurney was connected to the Reynolds of Carshalton House, also a Quaker family.

I believe there was a Gurney connection to the lodge in the ecology centre. This lodge at one point was the location of the Southwark diocese headquarters. An important branch of the church of England. 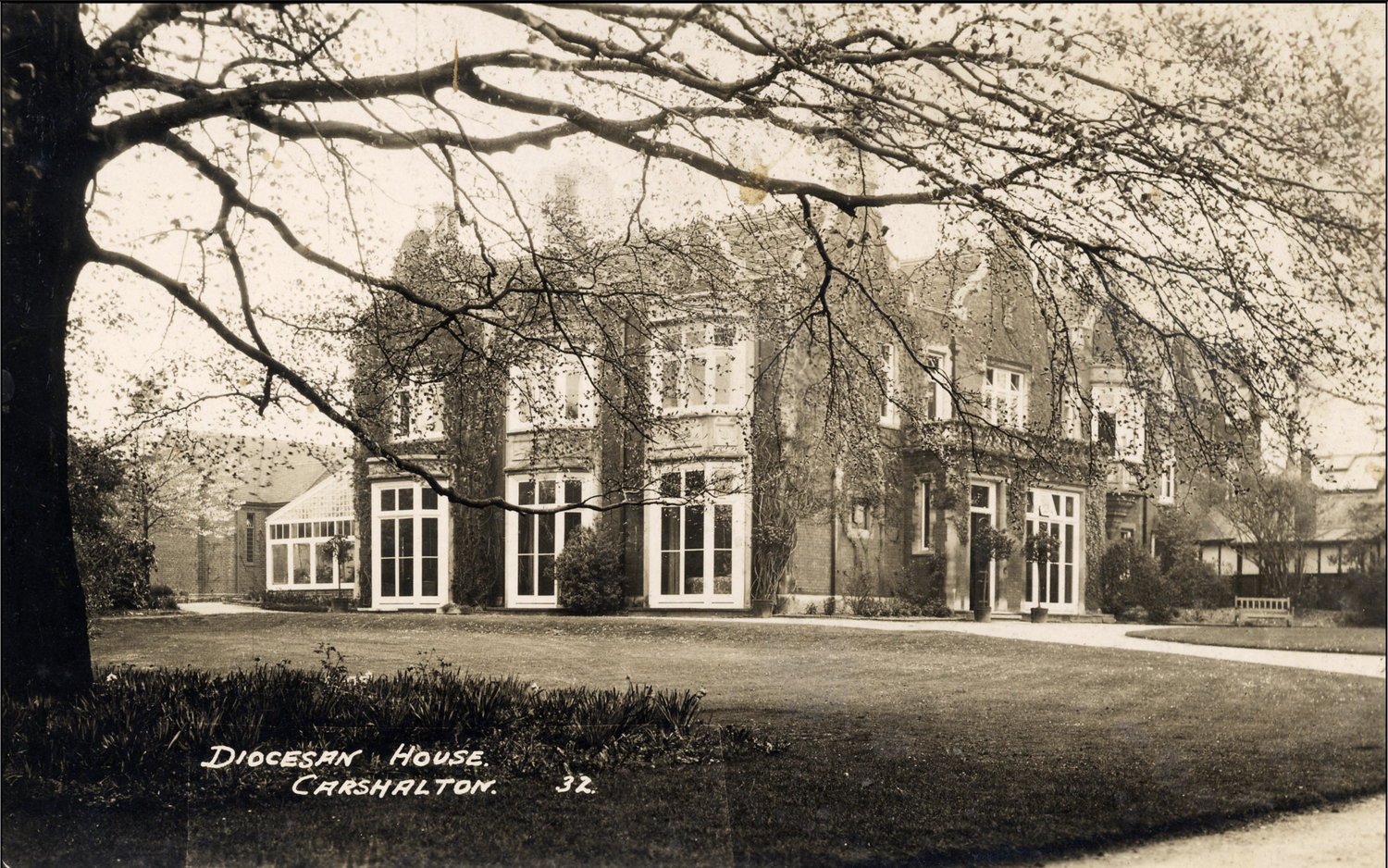 Then there was George Brightling, a Victorian historian who was a church warden at All Saints church (north of Carshalton Beeches), who had a strong connection to the temperance movement.

I’ve heard there was at one time a temperance connection to the Stanley hotel (east of Carshalton Beeches). This was situated in Stanley Road, which is roughly opposite the mini Sainsburys in Stanley Park Road.

So this gives you a glimpse into the strong Religious routes in the area and it’s easy to understand how ‘rumours’ could have developed about Quaker covenants. It’s plausible that there were plans to build a pub, and these could have been apposed by local landowners, but again I’ve found no evidence.

I’ll be updating this post as new information comes to light. 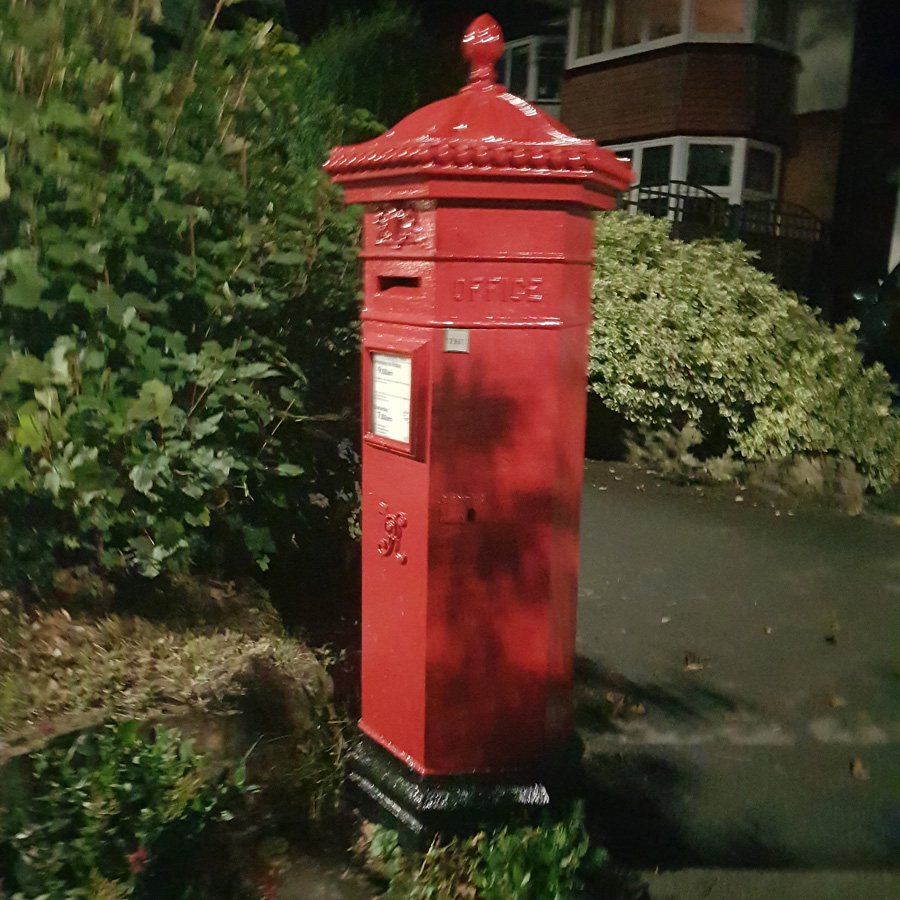 Unfortunately my fascination with Carshalton Beeches is only recent, my not remembering a great deal about the area before I moved down to South Wales in 1967, but it’s more to do with the Quaker story that I’m writing

Whilst I have no idea as to whether there is or isn’t any truth in the rumour, what o would say is that should there be any covenants in place on any single or more properties, the only way that anyone would be able to throw any light on the topic, would be for everyone living in the area to look at their property deeds to determine one way or another, what is stated within them.

Should the Quakers, or indeed any other religious sect have imposed any covenants on any property/properties, then such would only be incorporated into the original deeds and conveyances when they were being drawn up, whilst as property was being bought andd sold over the years, I would have thought that any Solicitor worth his/her salt would have picked up something like that, straight away.

I must admit that over many years as a local historian, I’ve only come across one such conveyance within such a restrictive covenant had been included, but rather than by Quakers, it was Methodists on that occasion, and it stated that no place for the drinking of any alcoholic beverage was ever to be built on the site.

That a 100+ years later such a few little words could totally disrupt the construction of a completely new Shopping Centre, was probably the last thing on anyone’s mind, but disrupt the building it did, for a pub was going to be built on the site, until – that is – the property deeds and the wording within them – changed the whole situation!

Unfortunately I don’t know what the upshot of that particular development was, although I’m sure that the Company involved would have brought in their legal team(s) to resolve everything.

Two further comments I would make are that IF any religious body had included a restrictive Covenant, it is highly unlikely that the word “Quakers” would have been used in any document, but rather would have been the “Religious Society of Friends” – and that secondly, if current property owners and/or their Solicitors/Conveyancers have not seen anything to cause them alarm, then apart from checking with Land Register as to whether that body holds any details etc as to Covenants on land, I’m a bit nonplussed as to where else one could elicit such information.

Hope the above might be useful, and thanks for a most interesting topic.

I have been told the area was owned by Plymouth Brethren not Quakers and there is a PB church in the area. I also heard that their land lease was for 95 years and it has just run out but of course, pubs are closing now not opening. There were 6 or more pubs just where we live on the boundary but this has dropped to 3.

We have the deeds to our house south of Carshalton Park, and they read like a plot line from The Way We Live Now. The land was attached to the Carshalton Park estate, owned by the Taylor family. Between 1888 and 1893 John Taylor borrowed £40,000 in instalments from two men; George Edgar Frere and William Stewart Forster, one a south African mine speculator and the other a lawyer in Lincoln’s Inn. In 1893 Frere and Forster seized some or all of the estate, and divided it up into building plots to be sold to recoup the debt. Each plot was sold off for £24 10 shillings.
The plot purchasers got a seven page indenture of conveyance listing all the debt, plus pages of earlier indentures I don’t fully understand. It may be that Frere and Forster bought debt off other mortgagees.
Anyway, one of the covenants is that “no trade or business whatsoever shall be carried out” and the plot should only be used for a private dwelling, which is an entirely understandable clause for a land speculator wanting to maximise plot value, and completely covers the no pub rule.

The Quaker/Methodist thing is a suburban myth which was also told of the area of Tooting I grew up in. It would be interesting to explore the origins of the myth further.
It might also be worth looking into Frere and Forster, because their names crop up in similar circumstances elsewhere.

As for John Taylor, his son died in the great war and the Taylors of Carshalton fizzled out. All their memorials are in the Lady Chapel at All Saints (the original chancel). With a fortune built on plantations, a mansion and massive debts they were as far away from being Quakers as you can get.